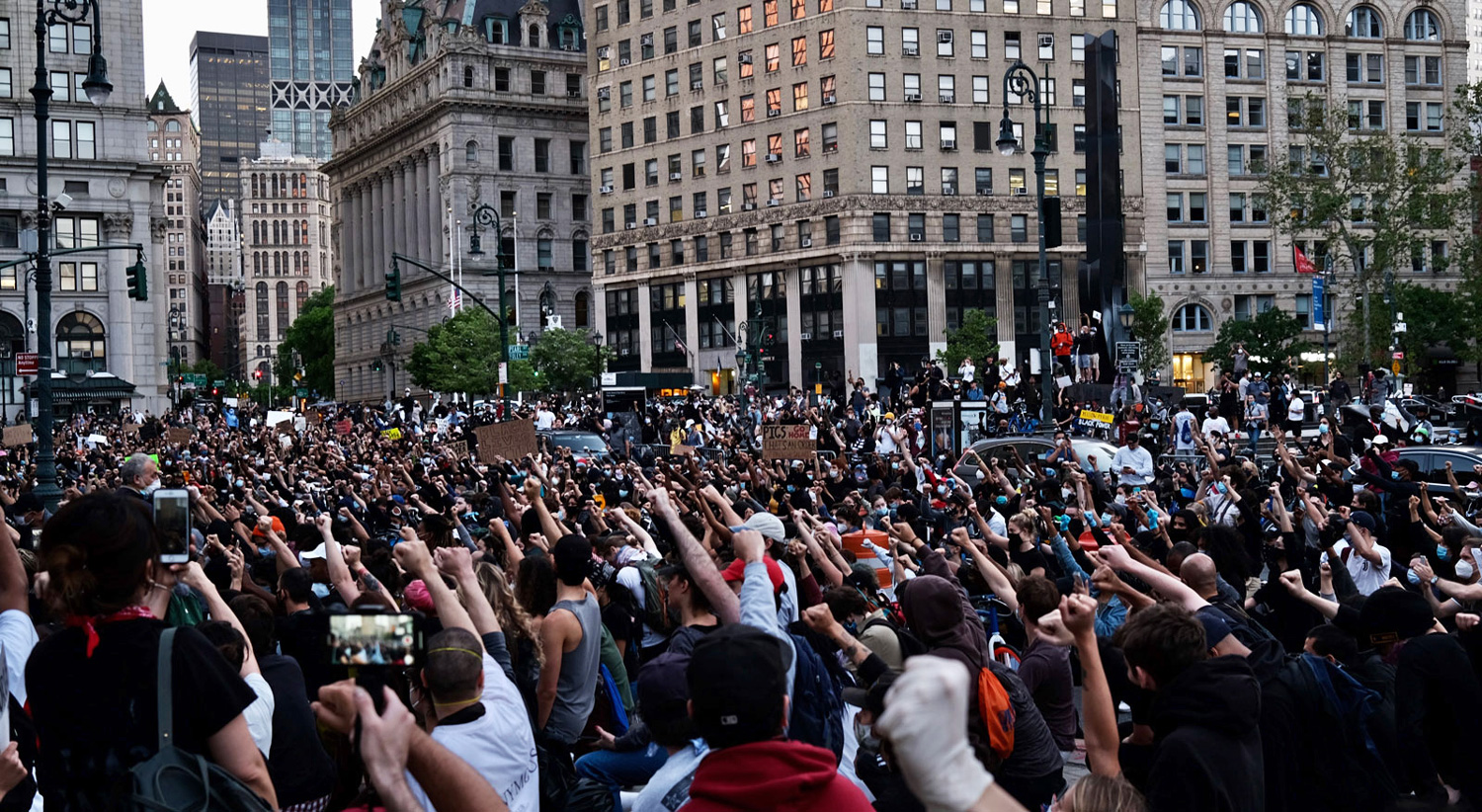 Protesters during a moment of silence at a “Justice for George Floyd” event in Manhattan’s Foley Square, historically the site of many demonstrations against injustice, May 2020. (Photo: Olivia Bensimon/NYCITY News Service)

On March 16, 1827 in New York City, a group of free Black men founded Freedom’s Journal, the first newspaper owned by, led by and for Black Americans in the United States.

In that inaugural four-page broadsheet, Samuel Cornish and John Russwurm, the editors and proprietors noted, “The peculiarities of this Journal, render it important that we should advertise to the world the motives by which we are actuated, and the objects which we contemplate. We wish to plead our own cause. Too long have others spoken for us. Too long has the publick been deceived by misrepresentations, in things which concern us dearly…”

The clear intention laid out in this founding document spoke to the need for Black press and set the tone for the role Black media still play in our communities and Black society at large. Nearly 200 years later, Black media continue to create a space where Black folks can speak for ourselves about issues of importance and combat stereotypes that harm us.

This role of the Black press was both needed and visible over the past 18 months when the convergence of the worst pandemic in US history and state violence both were disproportionately impacting Black Americans. This report, a comparative content analysis of the Black press and US mainstream media, shows the ways that Black media have continued the tradition started by the Journal in a contemporary context.

In the past 18 months, Black media uniquely focused on children, schools and students across topic areas. This focus of Black press was noted by the Freedom’s Journal, which stated, “Education being an object of the highest importance…we shall…urge upon our brethren the necessity and expediency of training their children, while young, to habits of industry, and thus forming them for becoming useful members of society.”

The Journal also noted, “The civil rights of a people being of the greatest value, it shall ever be our duty to vindicate our brethren, when oppressed, and to lay the case before the publick. We shall also urge our brethren, (who are qualified by the laws of the different states) the expediency of using their elective franchise; and of making an independent use of the same.”

Nearly 200 years later, Black media have continued to advocate for justice and for the Black community to vote in order to counteract the challenges Black communities have faced related to voting access, the pandemic and systemic racism. Black media play this role in an incomparable way. Even after the death of George Floyd, mainstream media did not connect these issues to voting and justice like Black media did.

Black media cover Africa and other countries of the African diaspora more than mainstream media. This was also an explicit goal Cornish and Russwurm shared in their inaugural edition, stating, “Useful knowledge of every kind, and every thing that relates to Africa, shall find a ready admission into our columns…”

Finally, Black media center the humanity of people who are often dehumanized by society and not given that by mainstream media. Black media accurately call people killed by police brutality victims, sons and daughters. That thread of empathy and recognition of everyone’s humanity and dignity was first stitched in the Freedom’s Journal. It noted, “And while these important subjects shall occupy the columns of the Freedom’s Journal, we would not be unmindful of our brethren who are still in the iron fetters of bondage. They are our kindred by all the ties of nature; and though but little can be [affected] by us, still let our sympathies be poured forth, and our prayers in their behalf, ascend to Him who is able to succour them.”

Black media were important in 1827, and they are just as critical today. This report aims to provide evidence as to why Black media matters now. We must work to ensure that Black media will not just survive, but thrive for generations to come. 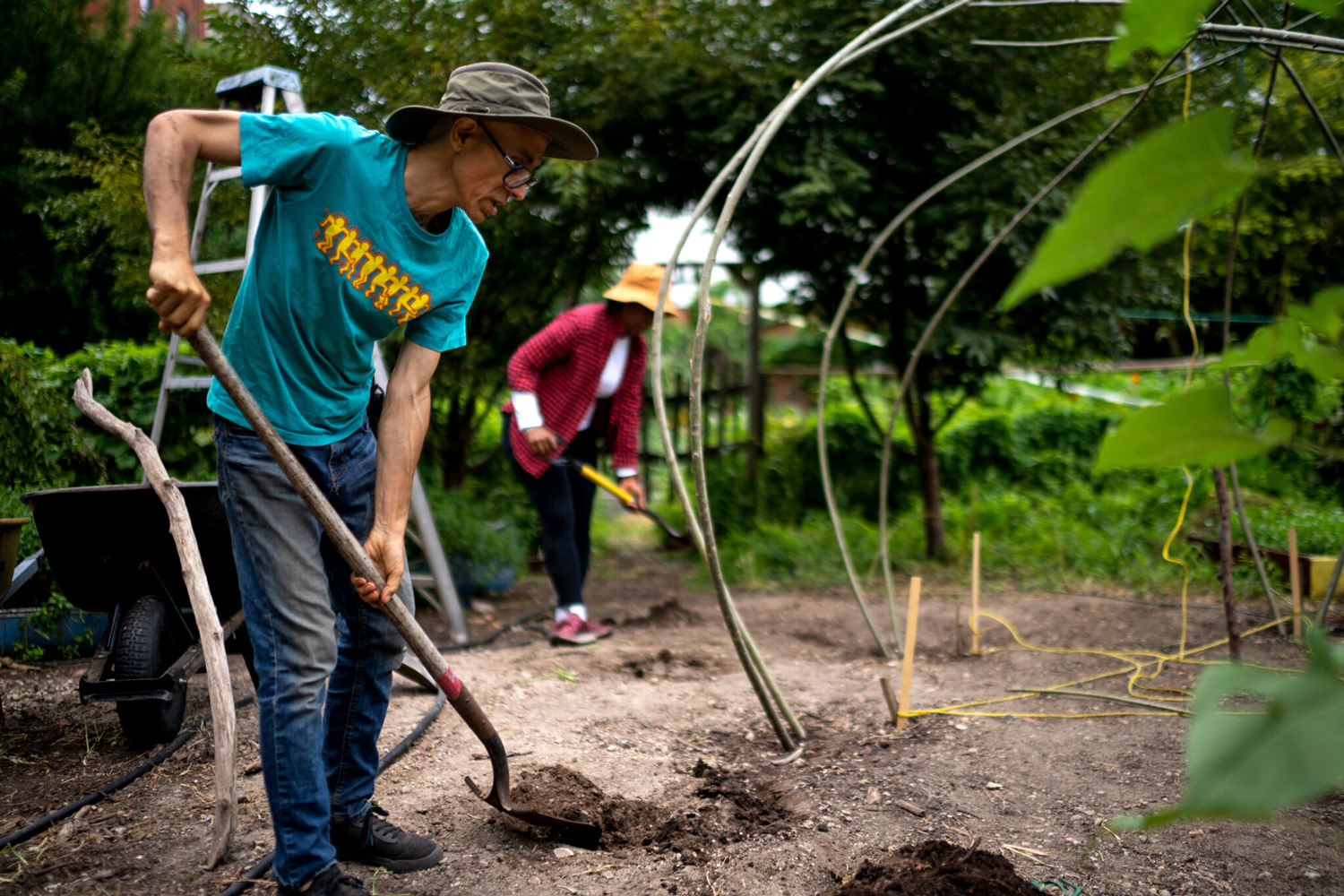 Among the rich findings in this report are the following key takeaways about Black media coverage during the COVID-19 pandemic and nationwide protests against racial injustice:
The Bronx Museum of The Arts is celebrating its 50th anniversary with an exhibition underscoring themes of oppression and racism. (Photo: Connor Zaft/Mott Haven Herald) 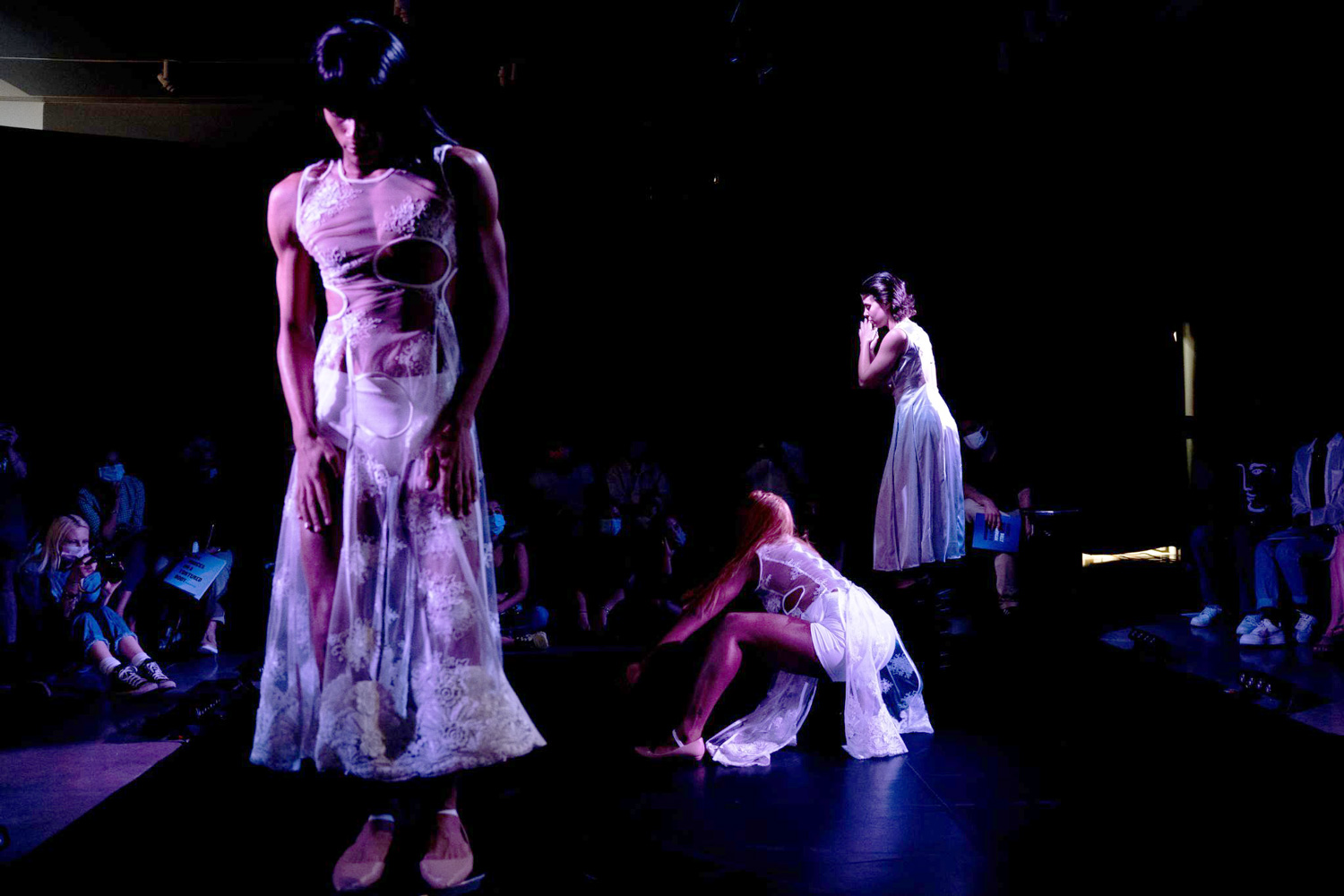 The Bronx Museum of The Arts is celebrating its 50th anniversary with an exhibition underscoring themes of oppression and racism. (Photo: Connor Zaft/Mott Haven Herald)

To create the corpus of media articles to study, we began with the list of sources in the Black Media Directory assembled by the Center for Community Media at the Craig Newmark Graduate School of Journalism at CUNY. We uploaded this list of sources into Media Cloud, an open source news media repository and analysis tool initially developed at Harvard University’s Berkman Klein Center for Internet and Society. The Media Cloud system crawls the provided media URLs to find RSS feeds; when a feed is found, it is integrated into the system’s library so that content can be collected on an ongoing basis from the media source. Many of the sources from the Black Media Directory were already part of Media Cloud’s library. We then augmented this list of sources with other media sources already contained within Media Cloud’s “African American Media” collection. A member of the study team, who is an expert in Black press, reviewed these sources manually for inclusion. Finally, we reviewed this extended list of sources to isolate only those for which the Media Cloud system had consistently ingested content since the beginning of 2020. This methodology resulted in a collection of 97 media sources for study (see Appendix 1 of this report). We then defined the timeframe for coverage to be studied as the 15-month period between March 1, 2020 through May 1, 2021. The total number of stories published by the selected sources and collected by Media Cloud during that time frame was 179,865 articles.

Our analysis framework for this corpus was built around five overarching topics of coverage decided by the research team: COVID-19, health, racism, politics, and culture and identity. Within each topic, we created between five and 20 subtopics, iteratively developing keyword-based queries to isolate relevant coverage (see Appendix 2). For each of these subtopics, the Media Cloud system produced data in the dimensions of attention, language, and entity representation.

In addition to analyzing this data for the Black media publications, we also ran these subtopic queries against our library of stories from a collection of US mainstream media sources during the same timeframe, a total of over 4.4 million stories. This comparative approach allowed for quantitative insight as to differences in attention and framing between the two media ecosystems.